I can’t believe it has been almost a year since I started TheVillageSmith. My first post was a book review of “Blood Work” by Michael Connelly on February 18, 2012. It has been fun as well as therapeutic. But readers beware. The BLOG seems to have caught the “tic” in eclectic. My tastes tend to run the gamut from Shakespeare to Stan Lee; African Queen to George of the Jungle, and Phantom of the Opera to American Idol. But in all my writing, whether classic or comic or personal, I want to get my thoughts across to “real” people. Not just academics.

I also love the friends I’ve made along the way, and in the process finding other bloggers worth reading. I have found a “music friend” and blog follower in “MagicDancer” and have thoroughly enjoyed many “strings” of pleasant conversation with her. We look forward to our “Idol talk” together.

I’ve also loved living vicariously through the exciting life of Lesley Carter via Bucket List Publications. She came into TheVillageSmith as an early follower. When I followed her back to her site and found out all the adventures she gets into, I nearly kicked that bucket. I just don’t have the energy. See that picture to the left? That’s as close as I’m going to come to doing what Lesley does. Sure is great reading about it, though. Love her site and sense of adventure. http://lesleycarter.wordpress.com/

The Dad Poet came across my radar a while back when I began posting poetry. Thereafter I became a follower. He recites as well as writes poetry, and posts humorous, thoughtful and interesting views. A part of his working title is David J. Bauman on Fatherhood, Poetry, Nature and Joy. That about sums him up. http://dadpoet.wordpress.com/

I’ve also enjoyed comments from Chandler Swain of Chandler Swain Reviews, a Boston writer and critic (and alarmingly educated). In reading his posts, I’ve learned to look at movies from different angles – different views of reviews, if you will. I’m a follower.

I have become acquainted with history buff and speaker on military history, David Navarre, whose blog WE’RE NOT LOST, SERGEANT, WE’RE IN … FRANCE keeps his readers apprised of military events, stories, and veterans, with special interest in World War II. He calls himself an amateur historian, but he sure has a headful of knowledge and where to find it. It’s a wonderfully colorful layout and design filled with pictures, stories, letters, and events. Yes, I’m a history buff, too, including wars and military, which seem to be about 90 percent of history, anyway. But I’m totally and completely amateur. That’s why there should be a blog called “Ask Dave”.

And speaking of veterans, soon after I began my blog I posted An Old Soldier’s Story and Old Glory, holdovers from my newspaper column days. Somewhere along the way I heard from Tina Shang, founder of 365 Veterans. Tina, along with co-blogger Jennifer Cinnamon, Tennessee natives, write well-developed and well-written posts honoring a veteran a day for each day of the year. They are nationally applauded for their efforts and deservedly so.

From my book review of “Devlin’s Luck”, I received a positive comment from author Patricia Bray, who wrote “The Sword of Change” fantasy trilogy. That was a thrill since I’ve only read that series four times now, my husband about three times, and my sister twice. If you need an escape pod from our Murphy’s Law world, that’s your ticket to ride. And don’t forget what O’Toole said. Murphy was an optimist.     http://pbray.livejournal.com/310468.html

For my post Hell on Wheels – AMC Series Not for the Faint of Heart, AMC gave me a nicely placed link on their Hell On Wheels blog. My link is second on the list right under the Salt Lake Tribune. http://blogs.amctv.com/hell-on-wheels/2012/08/press-roundup-0831.php

My review of the fantasy “Giant Thief” by David Tallerman, garnered me a link by his publishing company, Angry Robot, located in Oxford, England. My “also-ran” link is eight paragraphs down the page under David Tallerman. But, hey, a link is a link. I’m happy. http://angryrobotbooks.com/?p=11563&preview=true

But by far my biggest coup during this past year was when my article from TheVillageSmith, “The Making of A Writer”, was published in Civitan International Magazine. If you’re interested in reading it, hit the link and scroll down to page nine. I was 16 (15?) the year the picture was taken when I won the writing award. http://www.civitan.org/CIMagazine7.12.pdf

Okay. I’m through name-dropping now. So far I haven’t wowed the cyber world with a heady influx of readers, comments, likes, or followers, but I’ve been more than satisfied with the ones I have. I have heard from 94 countries, a few I never knew existed, and a few with comments. I have 8,520 hits and counting and 92 followers. Okay. So it’s not YouTube, but I hope my readership climbs with readers who like to laugh, think, and enjoy.

When I began this blog, it had been a number of years since my days of literary wine and roses. So I had to scour the rust off my writing skills and buff them up a little. Believe me, trying to deliver a package worth reading is no easy job, but I love the challenge, and I love to write. What I hate is navigating the swampy bog of blog mechanics. Just when you think you’ve got it down pat, you lose your bearings and your stuff goes down in a black hole never to be seen again. Shhh. I’ve even heard it gurgling sometimes. 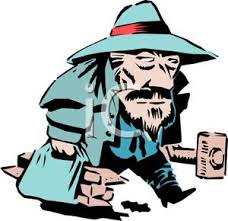 I also hate typos and grammatical errors more than Van Helsing hates vampires. And I search them out just as diligently and drive a cursor right through their evil little hearts. I also believe in the old adage that you have to know the rules of writing before you can break them. And, yes, Dave Navarre, I truly believe in the one space between sentences rather than two.

But for Pete’s sake, you guys. If you like something, hit that button. If you don’t like it, say why not. If you have an opinion – comment. Yes, I’ve lived to the age where I’m supposed to know a lot, but haven’t yet managed to read minds. So give me a piece of yours, why don’t you? I hate to be talking to myself out here. Sheesh.