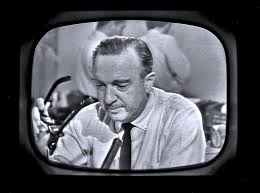 Walter Cronkite — “And that’s the way it is”.

I’ve often thought I would like to share some of my favorite news stories of the day that stand out from the same old same old. And some examples of journalists who can actually write instead of getting on my nerves with chopped up stories without rhyme or reason. I also do not like misleading headlines or wording with intent — intent to skew or slant the story in favor of a personal edge.

My favorite news items often have nothing to do with factions or fights or the blow-up of the month, or the latest Twitter-mania, though some of them may be spin-off feature stories. Some are cute. Some are thoughtful. Some address people who stand out from the crowd for one reason or another — for their honesty, or compassion, or whatever.

Maybe I’ll call it “My Favorite News Stories of the Day” or week, or month. I just like to share stuff like that. Like the one I posted about three years ago, Heroes Of Mumbais Taj Hotel: Why They Risked Their Lives : NPR. “. . . kitchen employees . . . formed a human shield to assist guests who were evacuating, and lost their lives as a result.”

I will never forget that story and those employees who protected the hotel guests with their lives. It needs to be remembered annually, reprinted and discussed, with new interviews featuring every life lost, and every heroic deed highlighted. It should be a proud and prominent part, not only of India’s history, but world history.

Huge events like Mumbai are few and far between, but there are those who make smaller sacrifices that reflect such honor and integrity that it makes me want to stand up and cheer. I came across a story today (again on NPR) — about a man whose sportsmanship stands in stark contrast to the ugliness crossing our sc

reens daily. He is a tennis player, and the occasion was the Australian Open on the 21st of January.

“. . . an American named Tim Smyczek somehow took the magnificent Rafael Nadal right to the fifth-set limit at a grand slam, the Australian Open. This was Smyczek’s moment of a lifetime, but when Nadal served at a crucial point, someone in the crowd screamed, and the serve went awry.”

This story written by Frank Deford, The Tennis Court Offers A Good Lesson For The NFL should make anyone stand up and cheer. Deford is one of journalism’s best. He contrasts the prima donnas of sports with this young American tennis player, whose integrity and sense of fair play took him far beyond a coveted trophy. He stands as a shining example in a heavily tarnished world.

A great story by Frank Deford, and an absolute reading pleasure.